Written by Feature.fm
Updated over a week ago

Placements - Total number of web pages your song was placed on

Clicks- The total number of times someone has clicked on your song or call to action.

CTR- The click through rate. The total clicks divided by viewed impressions.

Budget Spent- How much money you have spent.

This data shows where your song is being placed. It breaks down the different sites that your song has been on, how many times they have been placed there (Placements), the total number of times your song was actually seen by a real person(Viewed impressions), how many times someone has clicked on your song (Clicks), and the percentage of the clicks over the number of impressions (CTR). 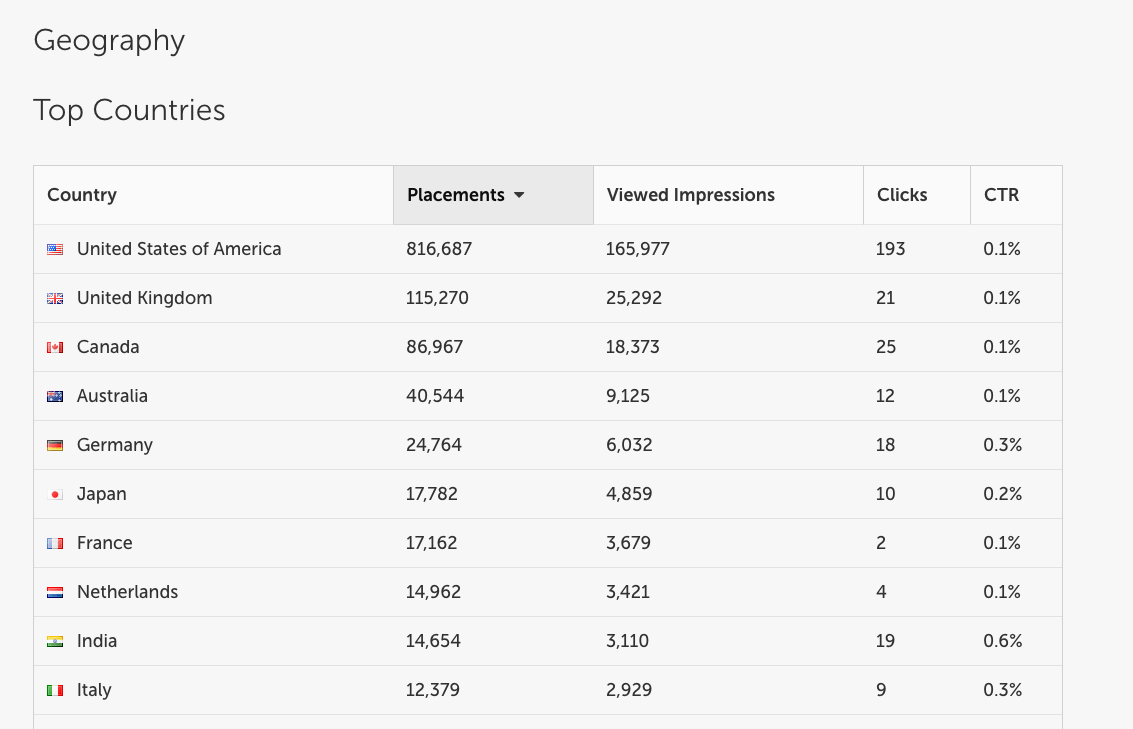 If you have anymore questions you can always contact us!