How to Understand the Analytics Page (Deezer Campaign)

Written by Feature.fm
Updated over a week ago

The Analytics Page for a Deezer Campaign 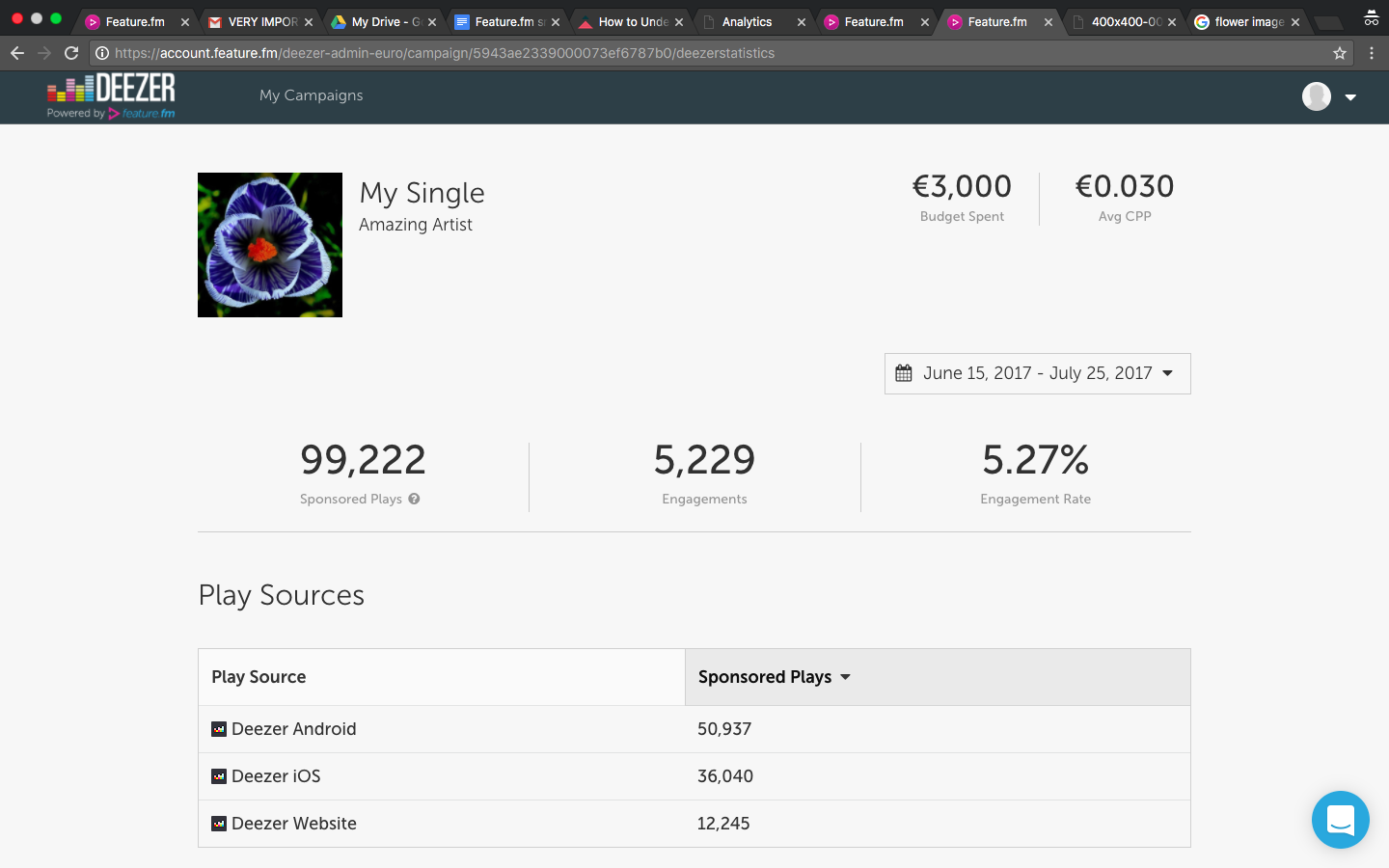 Budget Spent- How much money you have spent for your campaign

Engagements- An engagement is defined as any positive interaction taken with your song outside of listening to it. It includes favorites, shares, follows, Soundcloud clicks, etc. The example picture above shows that the artist had 5,229 engagements for his campaign. The breakdown of the engagement type will be discussed in the "Engagement Breakdown" section.

*Note* Make sure that when you are looking at your analytics that you make the timeline for "all time" that way you can see the progress of your song throughout the whole time you have had your campaign. 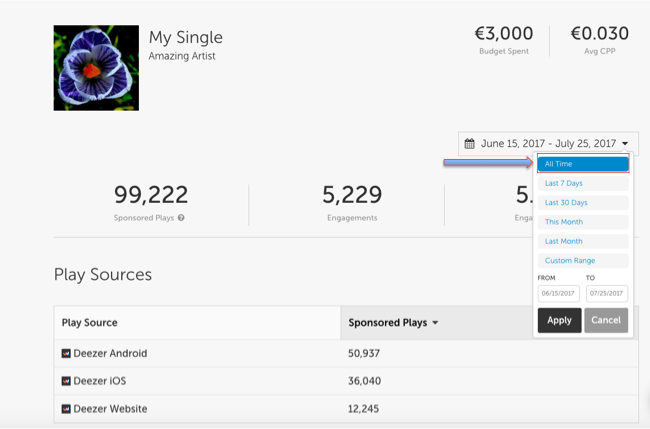 Column 1- Tells you what type of engagement your song has had.

Column 2- Tells you how many engagements of each type you have. 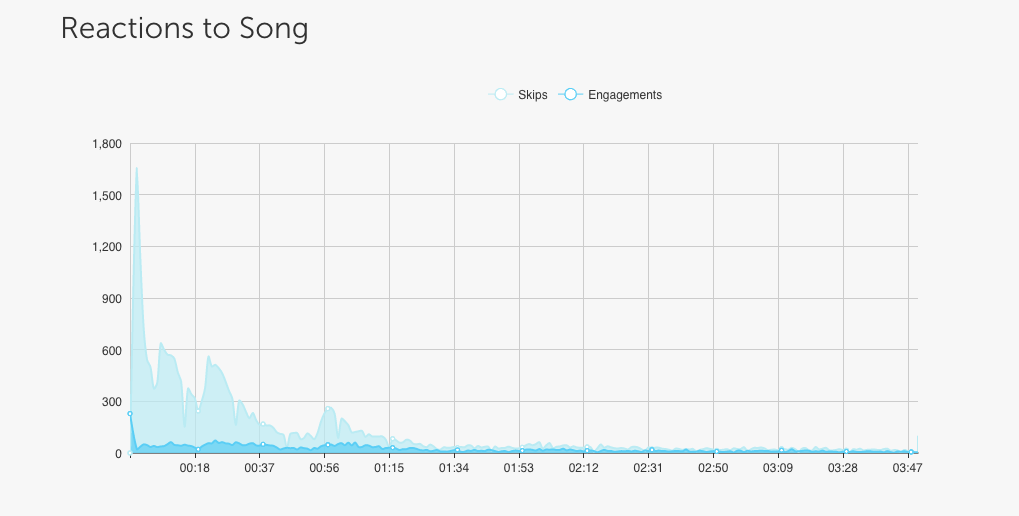 The 'Gender and Ages' graph shows you who is listening to your music It tells you who's getting the sponsored play. It tells you their gender and their age group. You can also tell who is making "engagements" to your song by clicking 'Engagements' at the top left corner of the graph right next to 'Sponsored Plays'. This graph is also similar to the previous graphs in the analytics page where you can isolate a certain group and see the numbers. So if you wanted to see only the numbers for male listeners or vice versa you can click the little boxes next to male and female on the top of the graph. 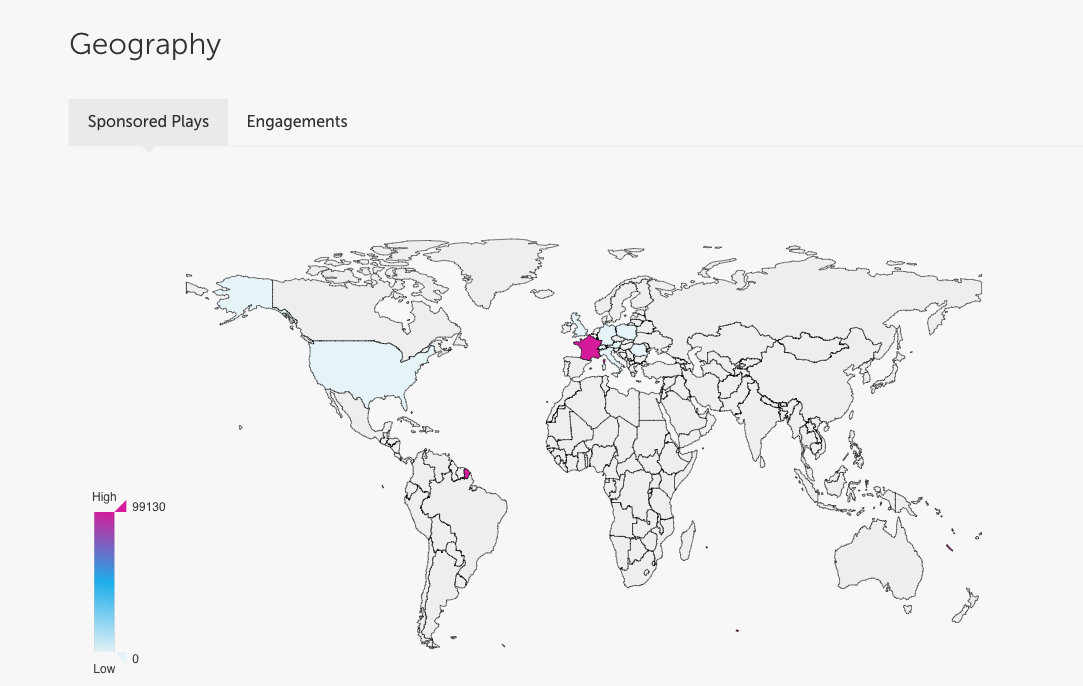 This graph breaks down where your listeners are. It shows you which countries your song has been played in and how many times they have been played in those countries. You can hover over the country you want to the know the demographic for and it'll tell you the exact number. You can also tell where the "engagements" are being made by clicking 'engagements' at the top left corner of the graph. The countries that are grey are countries that haven't heard your song...yet. 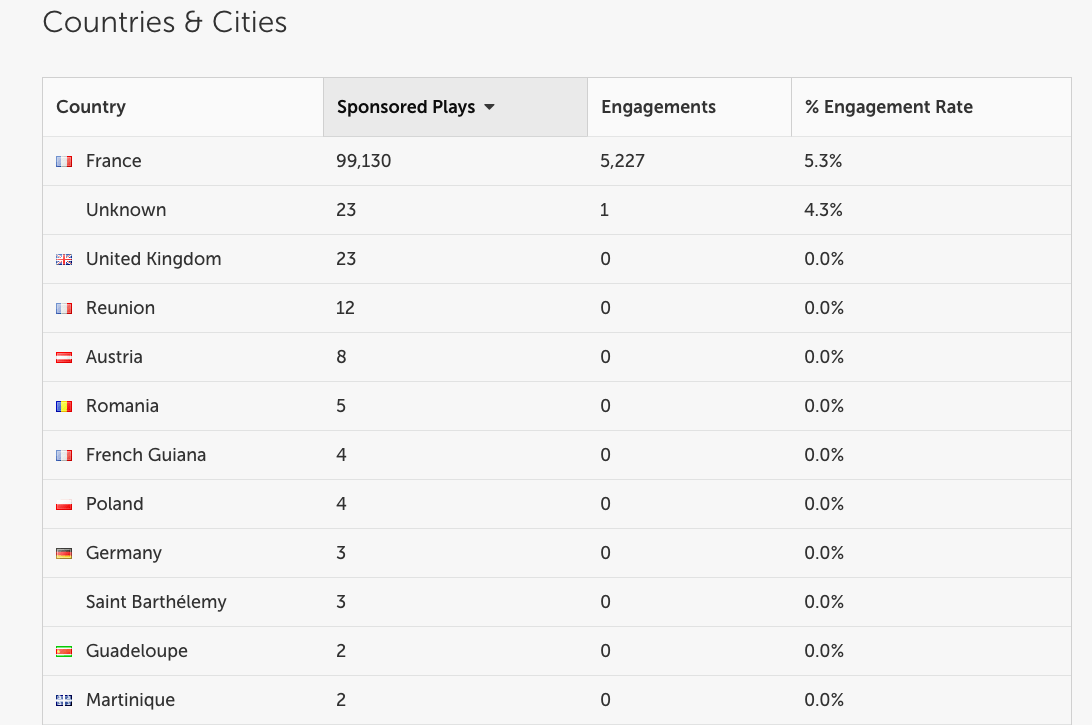 This is a breakdown of each country the number of total sponsored plays, engagements, and percent of engagements over number of plays.